Playbook Groups will retain a clear sense by giving an option to combine multiple and/or clusters of playbook steps into a single group and can be represented as a single entity in the playbook.
Creating Groups will let you focus on the areas of current interest and see their relationship to the overall playbook.

Currently, the Playbook Groups feature is supported only in Advanced Mode.

To further understand and manage the Playbook Groups, see how to

The following example contains case management-related steps that are grouped together. The grouped entity is called createCase. 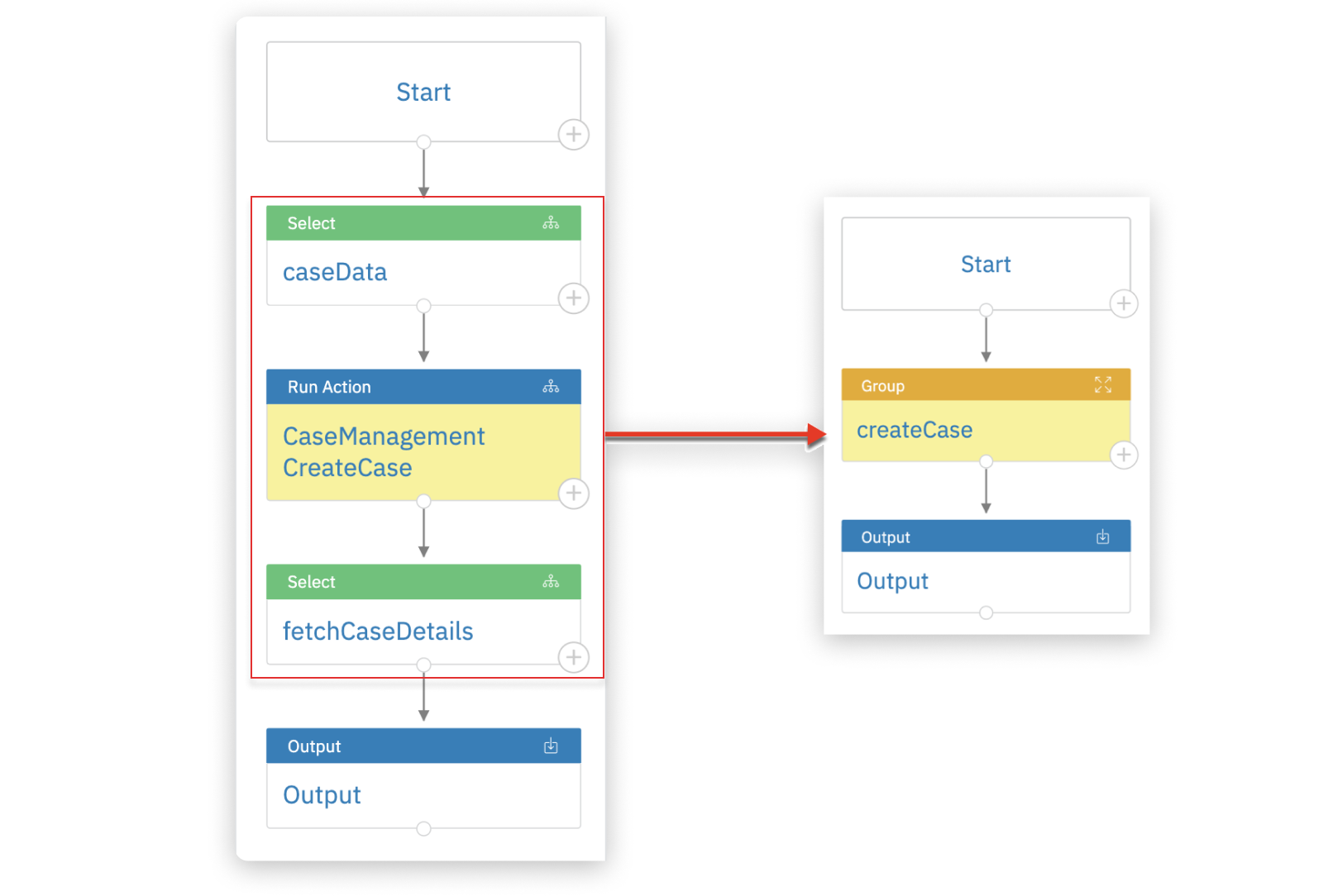 Create or edit a playbook in Advanced Mode.

While Grouping all the selected steps will be highlighted with an orange outline. 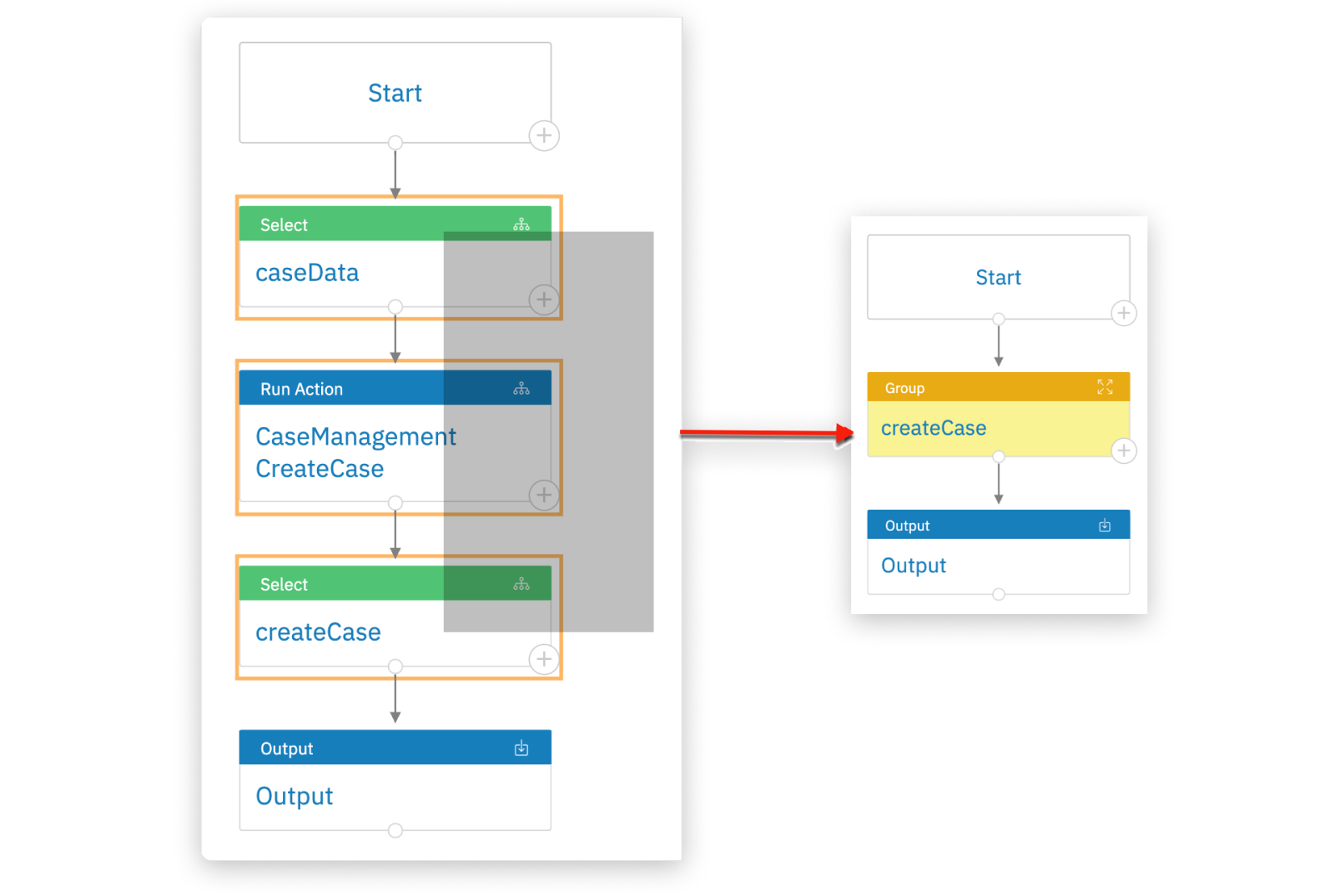 Playbook Group will be created successfully only if the selected series of steps qualify as a Group.

To expand a group and display all the steps that it contains, click the Expand icon in the header.

The screen is displayed again to show the steps in the group. The step or steps that are inputs to the group are shown with a blue header. 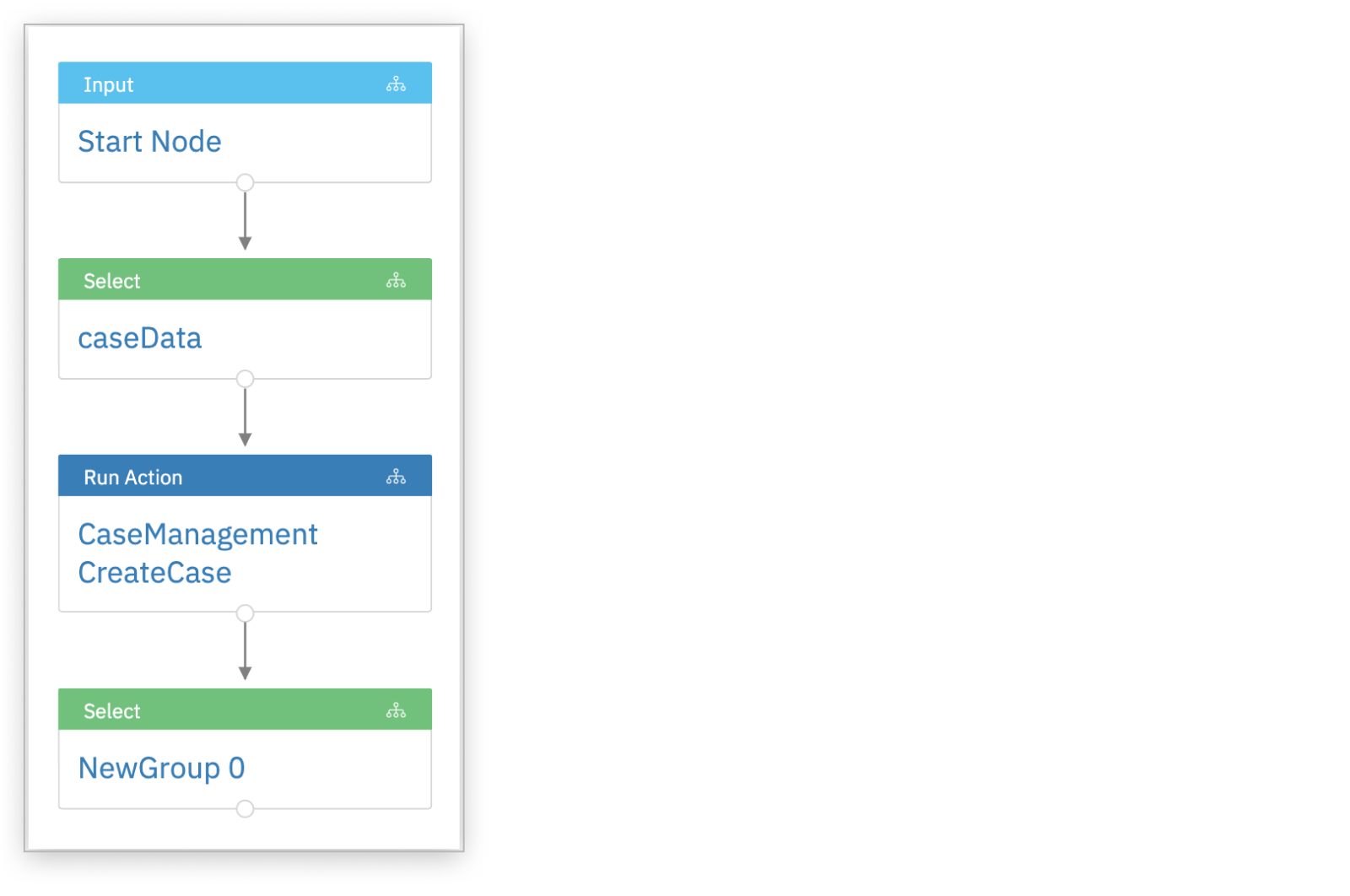 You cannot edit any steps in the expanded view, but you can click individual steps in the group to see how data moves through your playbook.

To display the full playbook again with the group, click the Back to Playbook link at the top left.

Deleting a group deletes all the steps in the group. You can only delete the Playbook Groups that does not have any children (steps that follow it in the playbook).

There is no confirmation step for deleting a group, and no undo option. Do not delete a group unless you are sure that you no longer need it.

To delete a group, click the + icon in the lower right corner of the group to open the menu, and select Delete. 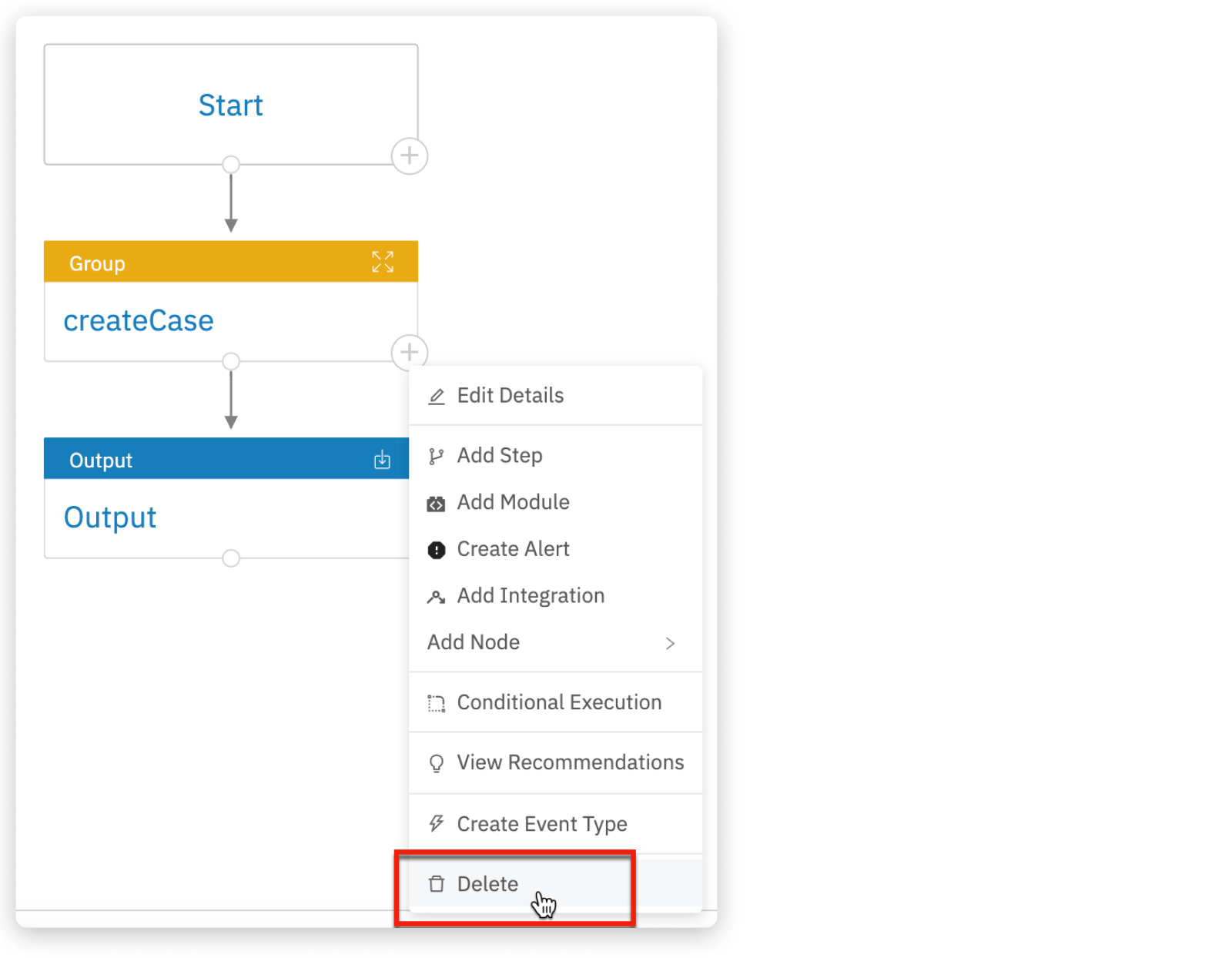 Deconstructing a group removes the group wrapper and leaves all the steps in place. Use the deconstruct action in the following cases:

To deconstruct a group in Advanced Mode, click the group node to display the settings, and then select Actions > Deconstruct. 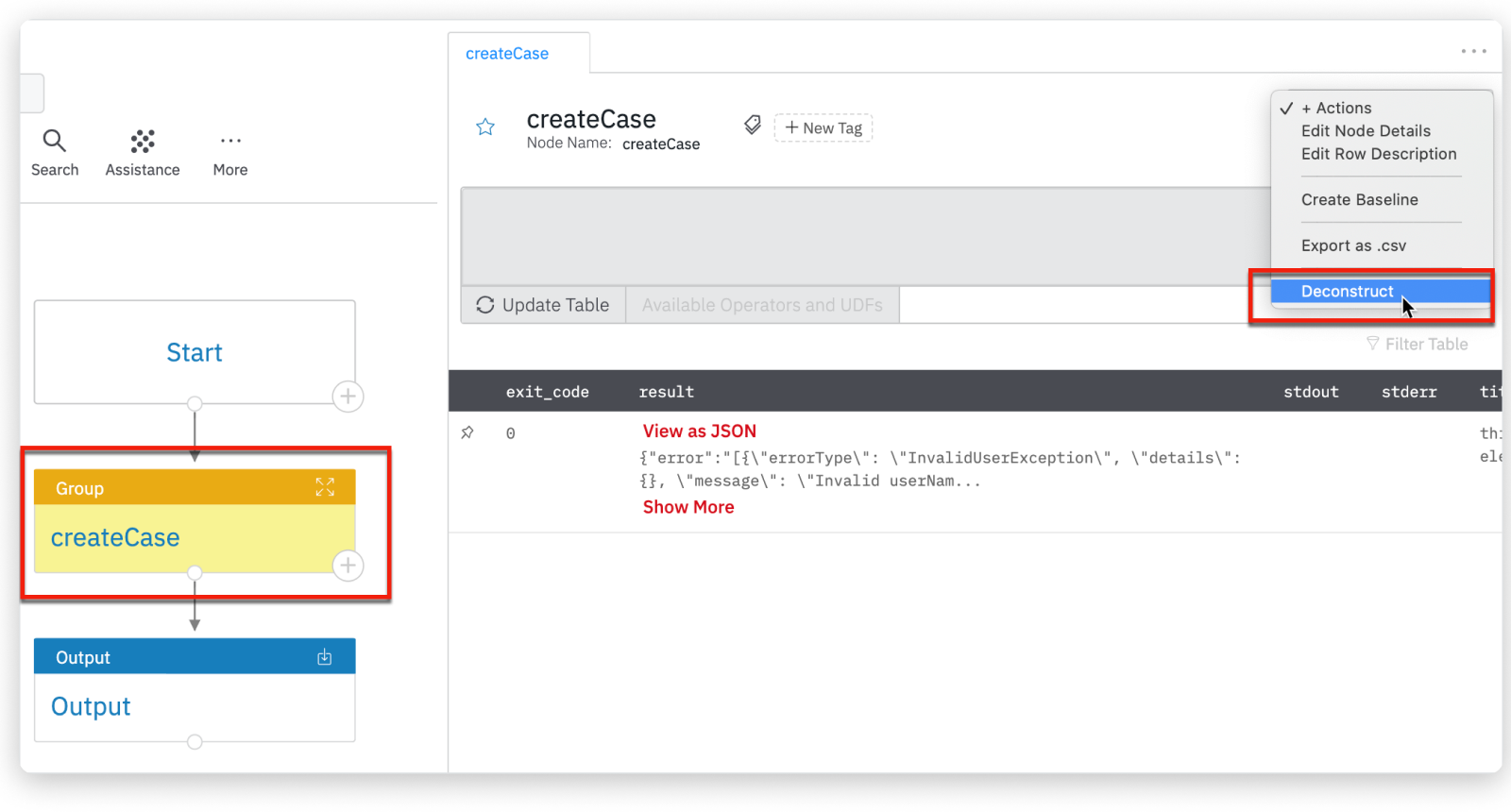 The playbook is redisplayed without the group wrapper. To straighten up the layout after deconstructing, click Re-layout in the top icon bar.

All steps within a group must be connected (so that the module itself is a playbook) and have a single step at the end. Examples: 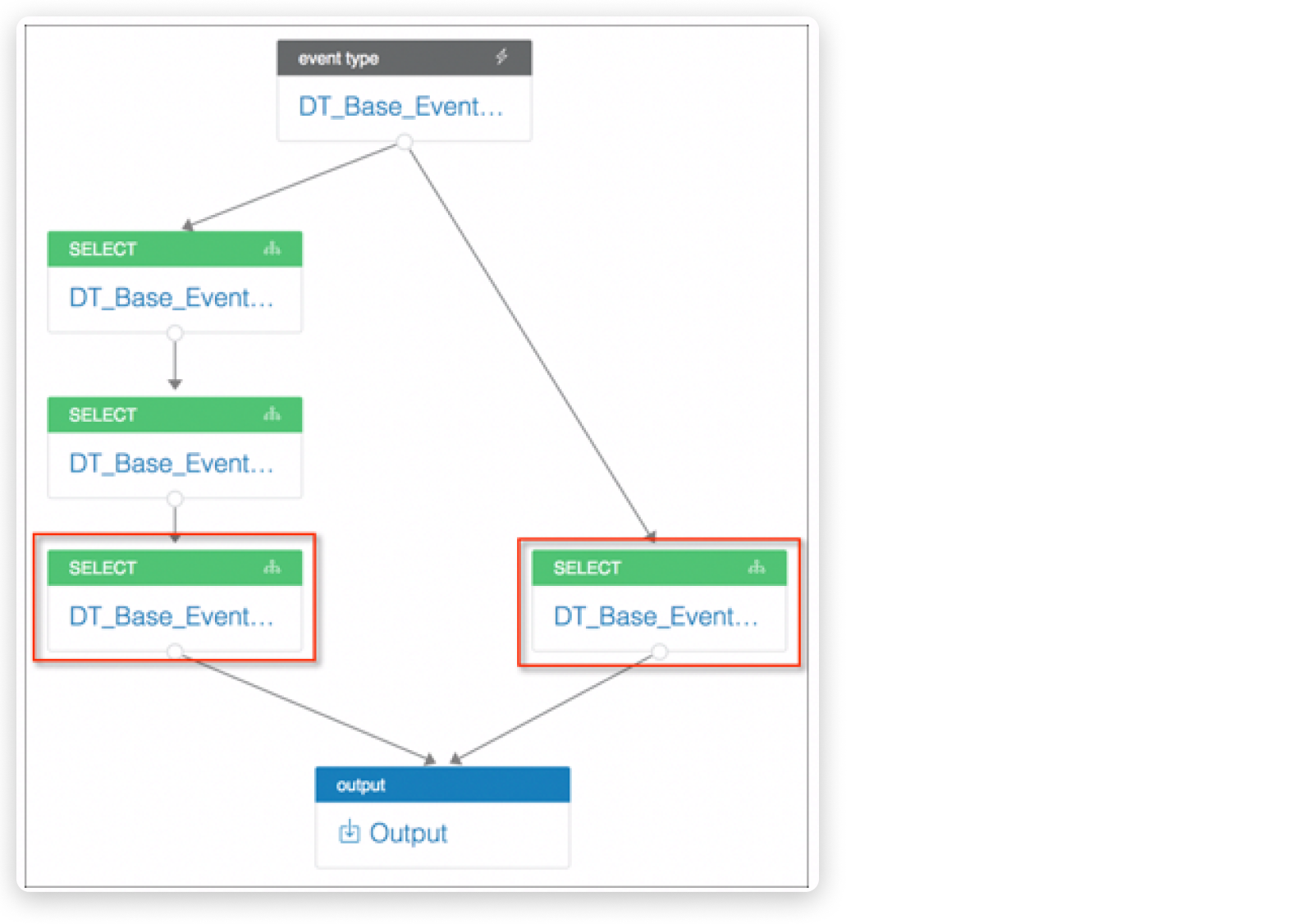 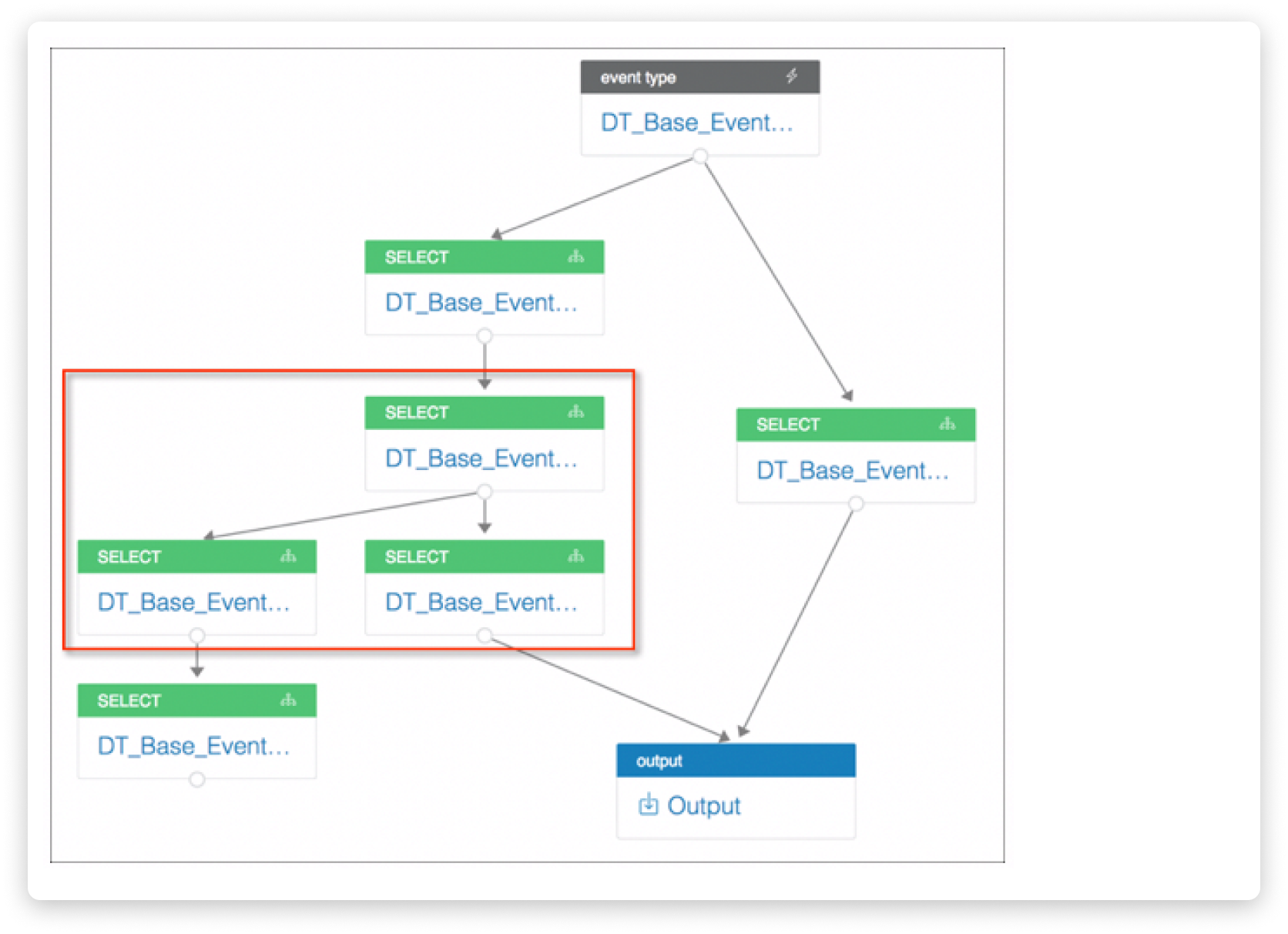 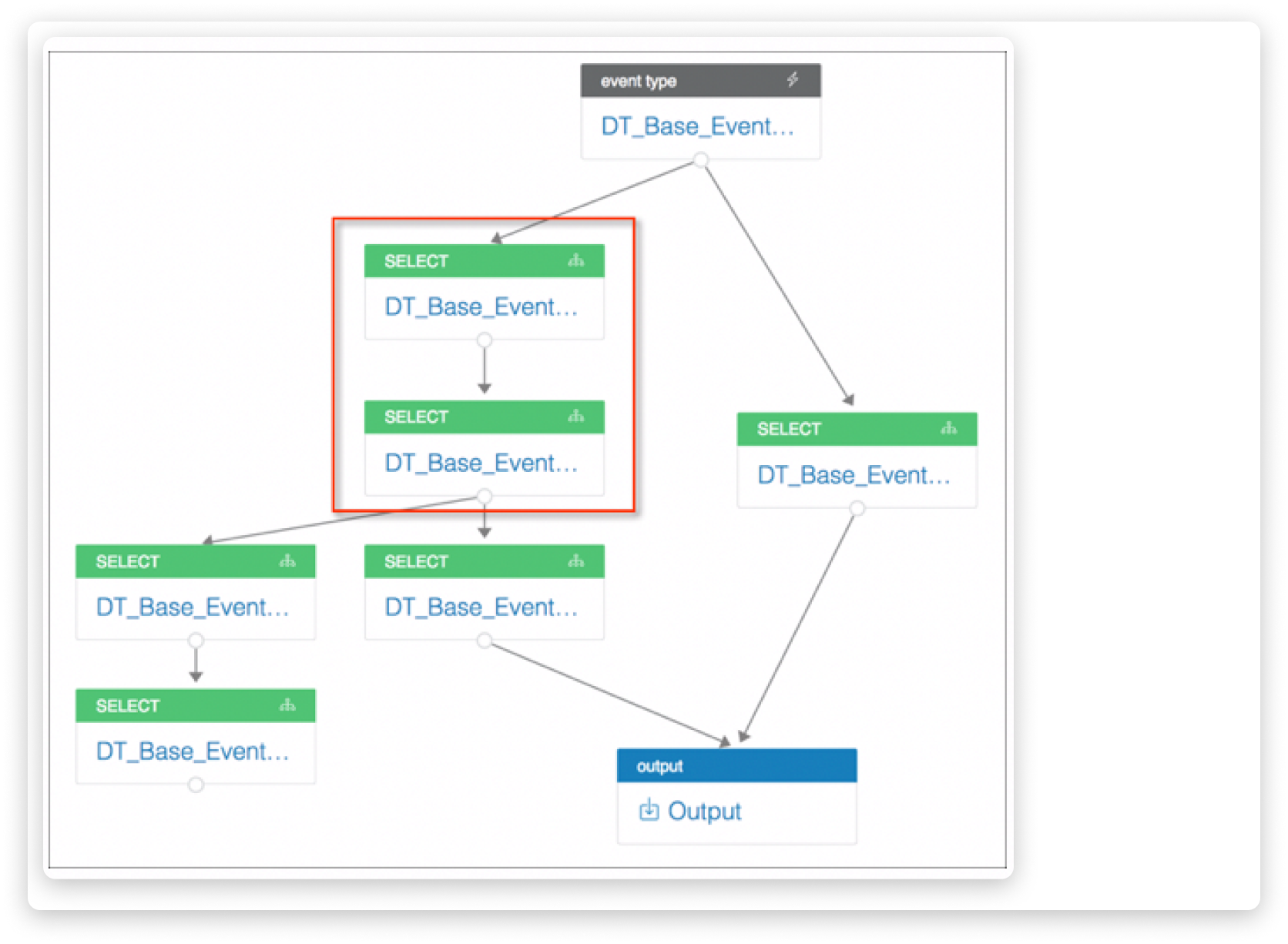 Keep these limitations in mind when working with groups.

Use this query for the Passthrough step: select * from Mod1
Then when you expand Mod2, you can click the input step (Passthrough) and see the results that are flowing into Mod2. 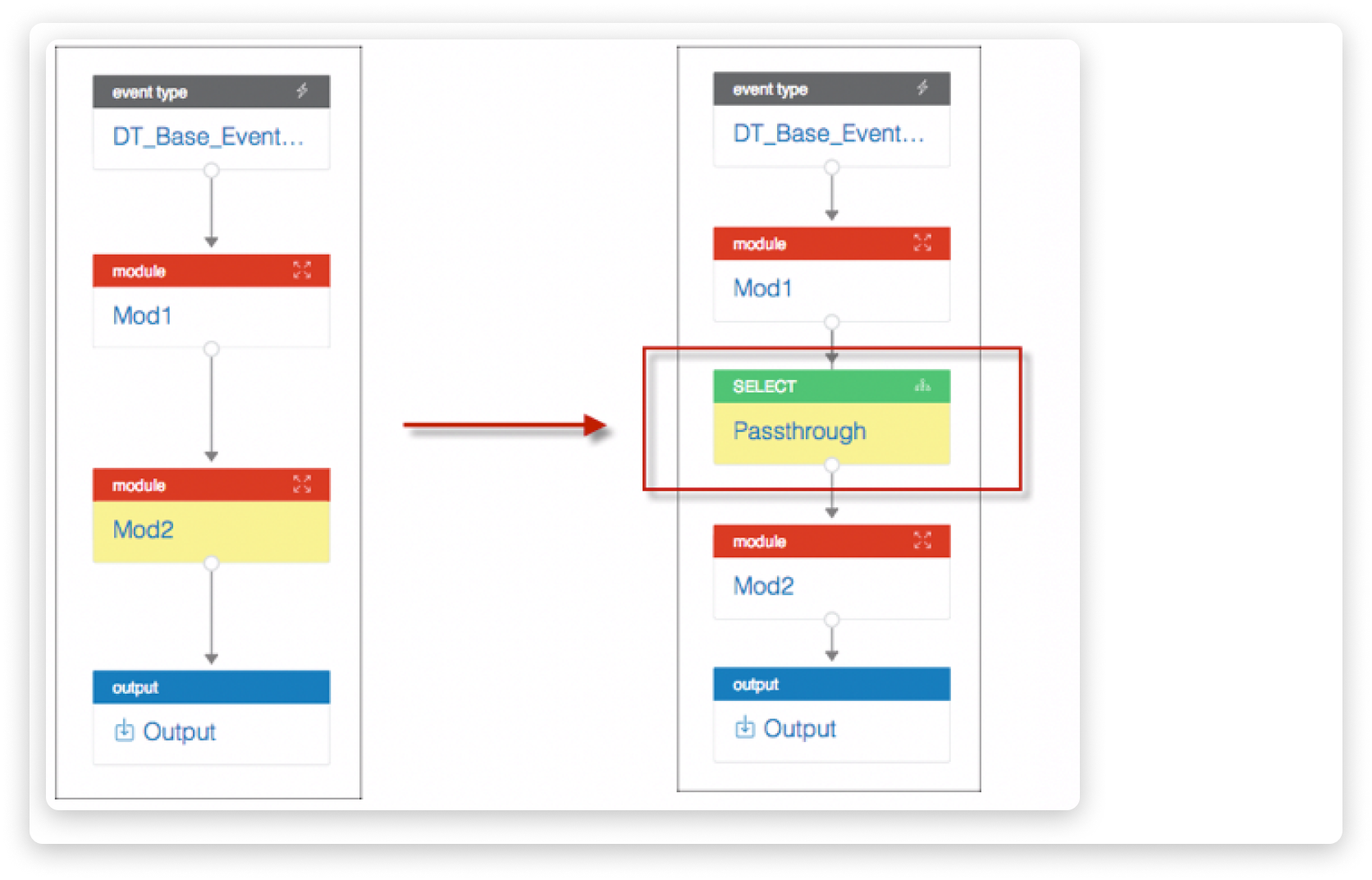